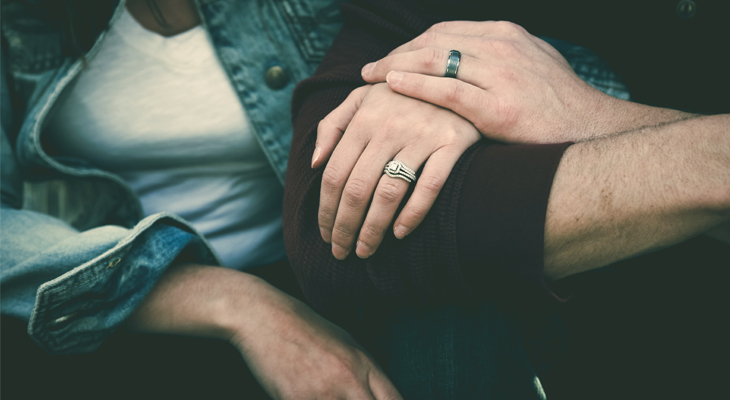 Let’s take a moment today to discuss our husbands and their work life, shall we?

Movies portray strong men going off to work, leading their team, collecting their spoils, and returning to their castle triumphantly.

And then there’s real life.

Many men feel like they are one big mistake from losing their jobs, even when they love the work they do or enjoy the teams they are on.

Prayer is powerful and effective my friends. Before or as you and your husband go to work, pray for his day and how he will walk through it.

In work situations, there is a concept called “The Peter Principle,” which asserts that “managers rise to the level of their incompetence.” Sadly, many men feel like they got to their level a long time ago, and if anyone figures it out, they’re toast.

And maybe it’s not all in their head. Roger is well-respected at his job. I’ve met many people he’s worked with, and they are all pretty glowy about my man. But for about three years, he worked with two people, one man and one woman, who made his life pretty miserable. These two had formed kind of an “office marriage” and loved working alone, just the two of them. Problem was, they were assigned to work with Roger. They would complain to their boss (who fortunately was onto the situation and paid it no heed), leave Roger out of email communication, and then they did something that rivaled the maturity level of a third grader: they put a whiteboard in the middle of their pod with their two desks on one side, Roger’s on the other.

So every day for three years, I was sending my man into, if not a hostile work environment, a downright mean one. He would come home frustrated and sullen. Even though his boss understood what was going on, it made it hard to get work done when he was left out of key decisions and meetings. Plus, it wears on you when you’ve got someone actively hating on you.

Do you see someone skilled in their work?
They will serve before kings;
they will not serve before officials of low rank.

(And by the way, it felt good to call these people what they were: “officials of low rank.” Vengeful people are small people. And then yes—I prayed for myself.)

I wanted Roger to work on what mattered, with people who mattered. And within three months of starting to pray specifically for a new position, Roger got it.

What do you need to be praying specifically for your man?

Pray that he would enjoy his work

“So I saw that there is nothing better for a person than to enjoy their work, because that is their lot. For who can bring them to see what will happen after them?” (Ecclesiastes 3:22).

Pray for the reason that he works

“Do not work for food that spoils, but for food that endures to eternal life, which the Son of Man will give you. For on him God the Father has placed his seal of approval” ( John 6:27).

Pray that he would prosper in his work

You will eat the fruit of your labor; blessings and prosperity will be yours. (Psalm 128:2)

May your husband be blessed by your prayers today!

Kathi Lipp is a busy author and conference and retreat speaker. She and her husband, Roger, live in California and are the parents of four young adults.