I have four children – ages, nine, six, five, and 2-and-a-half.  My two-year-old has remarkable perseverance and is diligent to reinforce the stereotype bestowed upon his age.

My dad once asked me if it was more challenging to be at home or in the office.  Without hesitation, I said it was the home front.  As a mother, every day loudly calls upon us for problem solving, organizing, teaching, coaching, mediation, conflict-resolution, creativity, health management, culinary skills, time management, body language expertise, counseling, and verbal, written, and physical communication skills.  This is all before breakfast is finished.  Without thinking, I once referred to a day I was going into the office as “my day off.”

Nico is my five-year old.  There were so many concerns throughout my pregnancy that led to such stress and fears about his well-being and very life.  Nico may never reach the physical height of giants, but his enthusiasm for life, sense of humor, empathy, enviable assurance that he is crafted by the hands of God, and lovable spirit makes him tall among men.

One day, he said something I don’t even recall.  I can say with confidence that I was still in pajamas even though it was afternoon.  This is fun when you choose it; it feels like something else when it is simply lack of opportunity.  My hair was not yet combed and overdue for a root touchup.  I can tell you I probably had needed to go to the restroom for hours, but something kept getting in the way.  Someone had had a meltdown or fire, I was late submitting something for work, and whatever I had burned during breakfast still sat on the counter.

But I remember that whatever Nico said genuinely hurt my feelings.  Rather than trying to remain poised, what escaped from my lips was, “Babe, I am a person.  That means I have feelings.  And my feelings can be hurt.  And what you said really hurt my feelings.”  To which Nico’s big brown eyes widened into saucers as he exclaimed with wonder, “Mama!  No one EVER told me that moms had feelings!”

I had to laugh, but what a reveal.  Not just for him, for me.  I had missed the important privilege of helping him to see that mamas are, in fact, quite human.

Do we feel such a great burden to be superwoman, that, if we were to succeed, we would serve as an obstacle our children need to overcome for successful living and relationships?

A few years earlier I sat in front of a counselor fraught with feelings of failure and, a reoccurring theme for me, of the “enough” I feared I could not be.  After I finished my story intended to prove my latest parenting shortcoming, he said, “why do you need to be perfect for your children?”  I stared at him, hoping the question was rhetorical.

“One of the gifts you give your children,” he continued, “is to help them understand what it means to be human; to help them realize that people have limits.  That you can hurt them.  You can wound them.  They get angry.  They can forgive.  If you do not help them to see these things, there is no one else in the world that will ever be able to be ‘enough’ to them.  Is that what you want for them?”

We are mothers.  We get to show them that women, mothers, daughters, friends, and partners are human being who are part of larger story penned by the hand of God – one filled with beauty, responsibility, failure, consequences, injustice, advocacy, grace, love, and redemption.

What an extraordinary kind of enough.

Naomi Zacharias graduated from Wheaton College with a BA in Business/Economics. She is the author of Litlte Prince, Little Prince and the director of Wellspring International, the humanitarian arm of RZIM.

Naomi has visited women in red-light districts across Europe and Asia, foster homes for children affected by HIV/AIDS throughout Asia and Africa, displacement camps in Uganda, areas of the Middle East offering aid to Iraqi refugees, areas devastated by natural disaster, and international shelters for victims of human trafficking and domestic violence.

Naomi contributed a chapter on women and education in Zealous Love: A Practical Guide to Social Justice. She contributed two essays in the NIV Bible for Women and two essays in the in(courage) Devotional Bible. Naomi is one of six speakers featured on the Real Women, Real Faith DVDs and is the author of The Scent of Water: Grace for Every Kind of Broken.

Naomi lives in Atlanta, Georgia, with her family.

« Is Getting Your Kids to Bed Becoming a Nightly Battle? These Ideas May Help.
Let These Prayers of Hope and Encouragement Speak to Your Heart Today »

Sign up and get a free family garden planning guide! 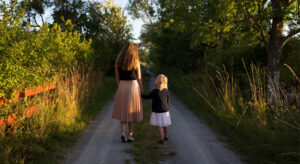 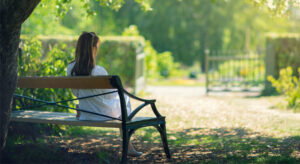 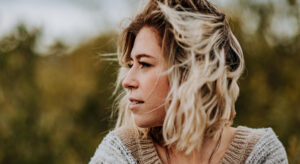 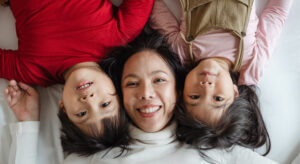 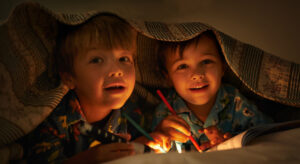