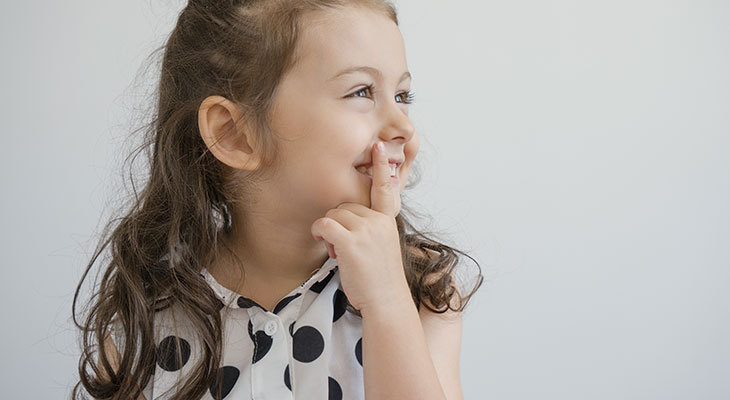 Taming is a process by which a wild beast is subdued into adapting and submitting to human control. As James, the brother of Jesus, observes, “all kinds of animals, birds, reptiles and creatures of the sea are being tamed and have been tamed by man” (James 3:7). But despite mankind’s success in taming the animal kingdom, there exists one wild thing, James says, we haven’t been able to subdue and adapt: “no man can tame the tongue.”

While we may never fully tame our tongues, we can—with the help of the Holy Spirit—take steps to use our words in a manner increasingly more edifying and more like Jesus. None of these steps will be new for every believer who has read the Bible has been instructed on taming our tongues. But as the famed English writer Samuel Johnson once said, “People need to be reminded more often than they need to be instructed.”

So here are a few reminders about how we can be more careful about what we say—and how we can teach our children to do the same.

Teach Them What the Bible Says About Taming Our Tongues

Children aren’t likely to know what the Bible says about managing our speech unless we tell them. While this may seem obvious, it’s an area of teaching we often overlook. Children are more likely to assume it’s their parents, rather than God, who is telling them to “watch their mouth.” Help them memorize the verse above and others like it so the topic is embedded within their hearts.

Understand Why You Refuse to Be Silent

Proverbs also tells us that, “Even fools are thought wise if they keep silent, and discerning if they hold their tongues” (Proverbs 17:28). Why do we refuse to be silent, even when that would be to our benefit? Often we refuse to remain silent because we believe we are engaged in zero-sum verbal exchanges where if we refuse to speak the other person will “win.”

The reality is we rarely “win” in such situations. We don’t change the other person’s mind or make them think more highly of us. All we gain is the fleeting emotional high of delivering a stinging rebuke. What we don’t recognize is we are trading a temporary buzz for the permanent benefit of being thought wise and discerning.

When correcting a child for speaking foolishly, show them what they should say instead. Sometimes, of course, what they should have said is nothing at all. Find ways to praise them for holding their tongue when you recognize they are tempted to say something they shouldn’t.

Be Consistent About the Standard

Children see parents laughing at obscenities but are told not to repeat such “adult language.” Then they see their parents laughing at profanities uttered by a toddler and are told not to repeat such words because babies “don’t know what they’re saying.” What children learn is that nothing is inherently wrong with such vulgar talk, and that there exists an inexplicable and inconsistent age-based standard for using such language. If we want them to believe God disapproves of such unwholesome talk, we have to be consistent in our denunciation of vulgar language.

Set the Example by Being Repentant

When we are caught—and called out—by our children for unwholesome talk, we should accept the rebuke as if it came from any other follower of Christ. While we may need to correct the manner in which they corrected us, we should be a model of repentance and humility.

Apologize for not only failing to meet the biblical standard but also for not setting the proper example for them. By acknowledging our words have dishonored God, we show our children how seriously they should approach the task of taming their own tongues.

For more practical parenting insights, learn about The Life and Faith Field Guide for Parents.

Joe Carter is an editor for The Gospel Coalition, an educator, and fifteen-year Marine Corps veteran. He has held several positions in the publishing field and has been cited in numerous publications, including The New York Times, Wall Street Journal, and The Washington Post.