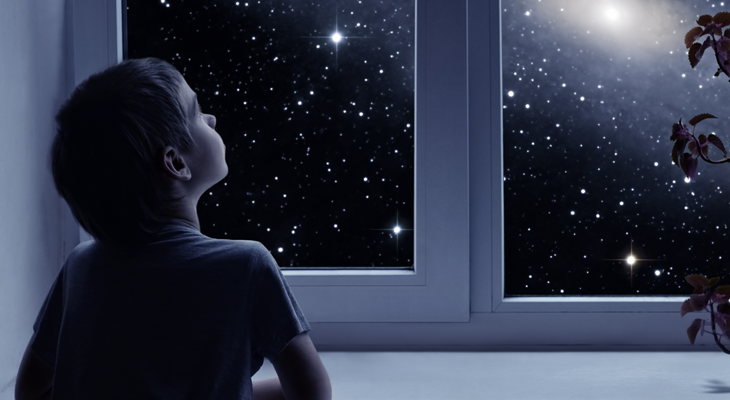 Growing up as preacher’s kids, my brothers and I always considered the Easter sunrise service to be a highlight of our year. As we waited for the peach-glow of the sun to conquer the dark horizon, we could feel the kiss of spring in the air, even though our Colorado landscape was usually still swaddled in snow.

Easter sunrise was a sight to behold. Light invading darkness, death surrendering to life. The symbolism was lost on no one.

Of course, the wonders of Easter don’t fade at sunset. Stargazing on Easter night—or anytime during the Lenten season? You should try it.

Stargazing, as many of us wannabe astronomers know, is a misnomer. The glow reaching our eyes is thousands of years old, meaning that many of the stars we watch with wonder are really just light-ghosts. The stars themselves burned out long ago.

Our sun is a star. A majestic star to us but not so grand among its peers. The duo of shining stars in the Eta Carinae stellar system outshine the sun the way a blazing bonfire outshines one skinny wooden match.

But consider an even greater wonder: The power behind our sun and all the other stars is at work in us who believe in the Jesus of Easter. Paul’s letter to the Romans puts it this way: “If the alive-and-present God who raised Jesus from the dead moves into your life, he’ll do the same thing in you that he did in Jesus, bringing you alive to himself” (Romans 8:11 MSG).

So whether you greet the Easter sun or bid goodnight to the Easter stars, or both, remember your friend in high places. The highest of places. The Lord who built the universe wants to show up in your life in stellar ways. So keep looking up.

Todd Hafer is an editor, author, husband, and father of four.