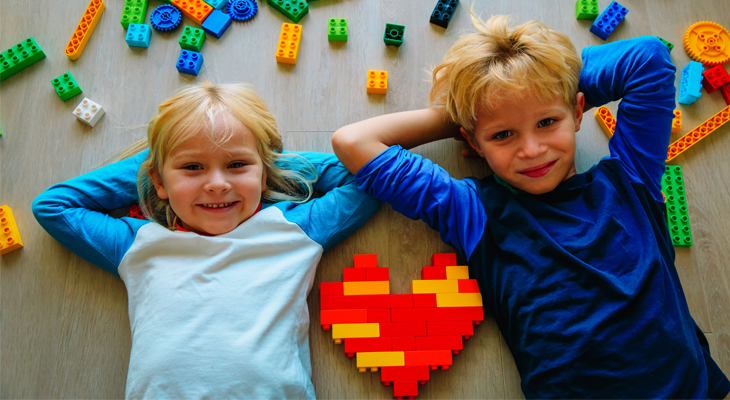 “I hate you!” I couldn’t believe my ears as I heard my nine-year-old son scream this for the first time ever at his younger sister.

To give you some context, dare I say she probably deserved it? And before you think I’m a terrible mom, let me explain why. My son is probably the most sensitive, easy-going boy you will find. He loves to snuggle and is very compassionate. So, to hear him loose his temper and yell at his sister meant there was likely a good explanation.

As I headed toward the situation, thoughts began to run through my head of what my daughter could have possibly done to provoke such a response. My daughter is full of fire and bold, “stand up and claim it” kind of tenacity, the kind I can only dream of having. She constantly stands on a soapbox declaring how she will conquer her day, even if that means casually overstepping her boundaries. She can be genuinely thoughtful, but sometimes in her fearless attitude, she can be a little bossy.

For the most part, my kids get along well. Extremely well. And at seven and nine, I have had very little need to interfere. When I do have to put on the referee hat, it’s usually in my son’s defense. While I love my strong-willed girl, she has a hard time accepting help from her big brother. Whether or not she needs help, she would never ask for it. Today’s battle was different. I was not walking into the “typical big brother is only trying to help” situation. This was hate.

As I gathered the kids into the living room for a family talk, I whispered, “Lord, help me.” I started by asking what happened and listened as both parties plead their case. Then I heard the Holy Spirit whisper, “What is the root of the problem?”

I shared with them how their reactions to what had happened that day was not caused only by today’s events. Past offenses had been used as today’s ammo. I explained to my daughter why her brother responded the way he did and the offense it stemmed from. In turn I explained to my son the underlying root cause that provoked his sister to take such action. Tears filled their eyes, and I knew I had exposed the truth.

I then explained how sometimes our feelings get hurt, and if not dealt with, the feelings can grow into something bigger. Sometimes we hurt other’s feelings without even realizing it. And sometimes we do it out of our own hurt. By telling them they were in a safe place to share those hurts, they were encouraged to repent and soon after asked each other for forgiveness.

I could have chosen to just discipline them both and send them to their rooms. However, I chose the harder route, and I know that will ultimately shape who they become. Conversations like these are not easy and are certainly not my favorite. But as their parent, I am responsible for taking the time to teach and guide them through life while shining God’s light into situations.

If you had told me while I was holding my kids as sweet newborns in the hospital that there would be times I would have to have hard conversations with them, I would have cowered in fear. But I am thankful for the unfailing love of our heavenly Father, who guides us through uncharted territories, even in the trenches of parenthood.

I know there will be plenty of harder conversations to come. It’s part of raising children. But I am thankful that I can lean into God’s wisdom for guidance and learn how to process emotions. He’ll help us teach our kids the right way to restore relationships.

As the girl who couldn’t wait to come home from school and rearrange her bedroom, it’s no wonder Bre Doucette grew up loving to decorate homes. Her own is an 1846 farmhouse in New England, which she shares with her youth group sweetheart, her two kids, one dog, and twelve chickens. Bre welcomes others into her home through her blog - Rooms FOR Rent (roomsforrentblog.com), where she spreads her passion for decorating, her belief that creating a home is so much more than the stuff we fill our rooms with, and a little bit of faith along the way. Bre’s heart is to serve others through the gifts God has given her.

« Enter Our Crock-Pot Giveaway + Get This Delicious Fall Recipe to Try
What Would Your Best Thanksgiving Look Like? »