Help your child learn about these real-life role models who risked their lives and reputations to help those in need.

Chiune Sugihara was born in Japan. His father, a physician, wanted Chiune to follow in his footsteps. Chiune had other plans. At age nineteen, he received a Foreign Ministry scholarship and traveled to China to learn Russian and German. During this time, he was baptized into the Russian Orthodox Church.

In 1939, Chiune and his wife, Yukiko, moved to the capital of Lithuania to take up his post as vice consul at the Japanese embassy. They had barely settled in when the Nazi army invaded Poland. This resulted in a flood of desperate Jewish refugees streaming from Poland into Lithuania.

Word quickly spread about the holocaust—the organized killing of Jews ordered by Adolf Hitler. Sugihara signed thousands of exit visas permitting Jewish refugees to flee to Japan, even though Tokyo officials had forbidden him to do so. Sugihara told his wife, “I may have to disobey my government, but if I do not, I will be disobeying God.”

Frantic Jewish refugees climbed over the wall of the Japanese embassy in Lithuania, hoping to secure exit visas from the compassionate Sugihara. Risking disgrace and dismissal, he continued to sign visas to help more Jews escape the deadly holocaust. When suddenly ordered to return to Japan, Sugihara threw signed exit visas out of the train window to refugees.

Forced to resign from the civil service, Sugihara supported his family by performing menial tasks and selling lightbulbs door-to-door. After the war, the grateful state of Israel honored Chiune Sugihara and his wife by declaring them “Righteous Among the Nations.”

Dorothy Day was almost nine years old when an earthquake devastated San Francisco in 1906. She watched as community members pitched tents for the homeless and shared food. She never forgot how her neighbors helped one another.

Growing up, Dorothy cared little for God or religion. At the University of Illinois, she fell in with radical Communist students. Bored with classes, she dropped out and moved to New York, where she adopted an unconventional lifestyle and worked as a journalist. Dorothy was often jailed for participating in unlawful demonstrations. In 1917, she was arrested with other suffragists (people supporting women’s right to vote) for protesting in front of the White House.

After accepting the existence of God through the beauty of his creation, Dorothy began reading the Bible and attending Mass. In 1927, she gave birth to a daughter, Tamar, whom she wanted to raise in the church.

Because of her new faith, Dorothy changed her lifestyle. In 1933, she cofounded the Catholic Worker Movement with Peter Maurin. She published the Catholic Worker newspaper, hoping to influence young people to improve society. Dorothy established hospitality houses for the homeless and advocated simple living. She promoted nonviolence, even after the bombing of Pearl Harbor during World War II.

When Dorothy visited Mother Teresa in India, they discussed ways to serve Christ. Dorothy said, “Do what comes to hand. Whatsoever thy hand finds to do, do it with all thy might. After all, God is with us.”

Today there are more than 200 Dorothy Day hospitality homes in the United States.

More of God’s heroes are waiting for your little one to discover at courageousworldchangers.com.

« Seeking Wisdom and Trusting God’s Calling in Your Life
Great summer reads for kids – get your list here. » 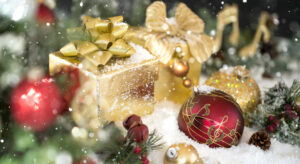 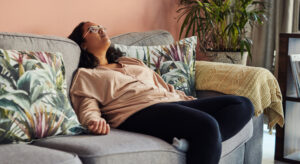 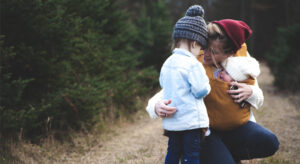 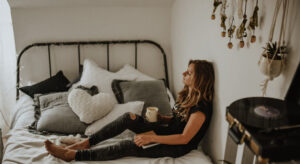