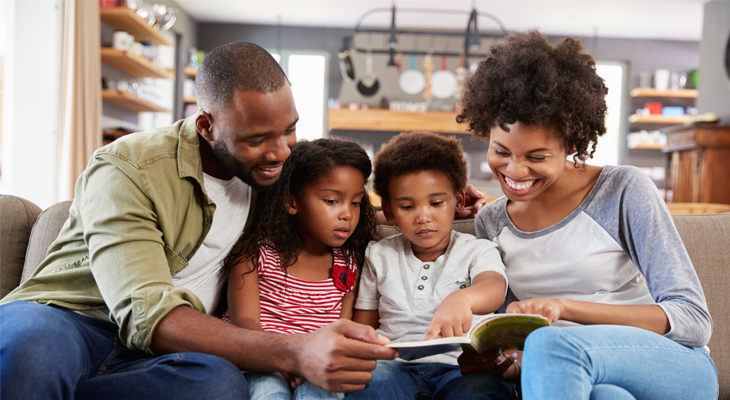 What are you and your family doing tonight? Staring at the screens on your devices or maybe watching Moana for the millionth time? This Friday evening, why not try something different?

Your friends at Christian Mommy have a winning solution for a game the whole family can play. We call it “Two Truths and a Tall Tale.” Two of the statements below are true and one is false. See if you and your family can pick out the fake fact from among these strange and quirky truths.

You can scroll down further to read the answer to these questions. Have fun!

1. Idahoans celebrate New Year’s by dropping a big potato.
2. The oldest soft drink in the United States is Pepsi Cola.
3. A ripe cranberry will bounce like a tiny basketball.

1. Some of the rejected names for Disney’s seven dwarves were Tubby, Burpy, Hickey, Wheezy, and Awful.
2. There’s a full-size basketball court under the Haunted Mansion in New Orleans Square in Disneyland.
3. Michelle Pfeiffer and comedian Steve Martin both worked at Disneyland.

1. The person who invented the orange powdered drink Tang also invented Cool Whip, quick-setting Jell-O, and Pop Rocks!
2. Popsicles were invented accidently by an 11-year-old who left his drink out in the cold overnight.
3. Cheese Puffs were created by a Costa Rican farmer in 1949 who had no idea how popular these little curls would become.

1. Genghis Khan, the great military leader, was deathly afraid of water.
2. Leonardo da Vinci invented the helicopter, the parachute, and scuba gear.
3. Benjamin Franklin wanted the nation’s official bird to be the turkey, not the bald eagle.

State Beverages  (Did you know that your state probably has a state beverage? Well, now you do.)

1. Composer John Williams won an Oscar for best original score for the movie Saving Private Ryan but never once mentioned the director of the film, Steven Spielberg.
2. Sherlock Holmes never once said “Elementary, my dear Watson” in the Arthur Conan Doyle novels.
3. The biblical book of Esther never once mentions God.

1. In the Alaskan Iditarod dogsled race, the Red Lantern award goes to the last-place finisher.
2. Try as they may, Ohioans have never had a Miss America winner.
3. The last player picked in the National Football League draft each year is referred to as Mr. Irrelevant.

1. A duel between three people is called a truel.
2. Fifteenth-century Chinese judges wore sunglasses in order to hide their facial expressions during court proceedings.
3. Baby beavers are called pups.

1. I escaped by the skin of my teeth.
2. God helps those who help themselves.
3. It’s a drop in the bucket.
ANSWERS

1. This is a truism. Taking the lead from New York City, the people of Boise, Idaho, ring in the New Year not by dropping a giant crystal and glass ball but by dropping a big potato.
2. If you guessed number 2 was false, you know your sugary soft drinks! Believe it or not the first soft drink with a name was Dr. Pepper. It was created in 1885, a year before Coca Cola came on the scene. Pepsi came along in 1893. But generic root beer beat them all, being introduced in 1876.
3. This is true too. A ripe cranberry should bounce like a ball.

1. You probably knew this one. Teddy Roosevelt started the teddy bear craze when he refused to shoot a trapped bear during a hunting expedition. When word got out, newspaper cartoons ensued, and the toy teddy bear soon followed.
2. Barbie’s real name is Barbara Millicent Roberts. She was named in a series of books published by Random House in the ’60s. If you guessed number 2, you got it!
3. This is true. Mechanical engineer Richard James was working at his desk when he accidentally knocked over some ship springs he was working on. They “walked” around the floor, and James was hooked. His wife came up with the name Slinky, and the rest is hours of fun history.

1. This is true! Good thing Walt and some of his artists got it together and settled on the current names. Let’s see, there’s Sleepy, Grumpy, Bashful, Doc…
2. A full-size basketball court under the Haunted Mansion? Don’t be ridiculous. If you guessed number 2, good job! (The full-size basketball court is inside the Matterhorn, near Tomorrowland.)
3. It’s true. Ms. Pfeiffer played Alice (from Wonderland) in the Main Street Electrical Parade, and Martin worked at the Cinderella Castle Magic Shop back in the day.

1. True! Sounds amazing, but William A. Mitchell, a food chemist for General Foods Corporation between 1941 and 1976, invented all of those cool treats and many more.
2. Truth is stranger than fiction. Eleven-year-old Frank Epperson from San Francisco left his powdered soda water out on the front porch during a frigid night with his stir stick still in it. Evidently the next morning he woke up and enjoyed the world’s first Popsicle!
3. Cheese Puffs? In Costa Rica? Actually, these tasty little treats were created by American farmers Edward Wilson and Clarence Schwebke when they added cheese to their deep-fried puffs of corn.

1. If you chose 1 as being fictional, you’re right! We just made up all that stuff about him being afraid of water.
2. Mr. da Vinci did in fact invent all these things—and a great deal more.
3. Number 3 is also true, showing that even great leaders, such as Benjamin Franklin, can have an off day.

1. Ohioans agree that tomato juice is their drink of choice.
2. This is also true. Residents of New Hampshire enjoy apple cider as their state drink.
3. Totally false. Although it would make a great choice, Yoo-hoo is not the state beverage of Idaho. In fact, Idaho doesn’t currently have a state beverage. (Unasked-for fact: Most US states list milk as their state beverage.)

1. If you picked number 1, congrats! It would have been pretty hard for Williams to mention Spielberg in his Oscar acceptance speech because he didn’t actually win the award that year. Titanic won for best musical score.
2. Holmes said that iconic phrase in some movies and such but never in the original books. He did say “elementary” while speaking to Watson in the book The Crooked Man.
3. Number 3 is true too. You’ll be hard-pressed to find any mention of God in the book of Esther, but His involvement in all the activities of the story is certainly implied.

1. This one’s true, friends. The Red Lantern award was initiated as a joke in 1953 but has come to represent perseverance and stick-to-itiveness. It is awarded to the last place finisher in the 1150-mile race. Mush!
2. There she isn’t, Miss America… Not true! Ohio has won the acclaimed pageant six times! In fact, they join California and Oklahoma as the states with the most winners. Isn’t she lovely, folks?
3. This is also true. Since 1976 the last guy picked during the football draft has earned this dubious nickname. But hey, many of them ended up starting for their teams, and some even made it to the Super Bowl. Take that!

1. This is for real. It’s called a truel. Seems odd though, having a duel with three people. Who’s mad at whom? And what if two of them gang up on the other one? It’s really confusing.
2. This sounds totally fake, but apparently these judges wanted to keep their game faces on so the defendants wouldn’t know what they were thinking. (Can you believe they even had sunglasses in the fifteenth century?)
3. If you chose number 3, good guess! Baby beavers are called kits or kittens, not pups.

1. The phrase “skin of my teeth” is actually in the Bible! In Job chapter 19, verse 20, Job says, “I have escaped by the skin of my teeth,” meaning he’d had a close call.
2. If you said number 2 is false, you’re right! Even though it’s often cited as being in Scripture, this phrase was made popular by Benjamin Franklin, the rascally early American patriot who gave us the phrase, “An apple a day keeps the doctor away.”
3. “A drop in a bucket” is also in the Old Testament. In Isaiah chapter 40, verse 15, the writer says, “The nations are as a drop in a bucket, and are counted as the small dust on the scales.”

Mom, we hope you and your family enjoyed this game. If you’re looking for more tall tales to test you, you can find a whole book full of them here. The main point is to encourage you to keep finding new ways for your family to connect, enjoy other’s company, and make memories!

Be blessed today,
Your friends at Christian Mommy