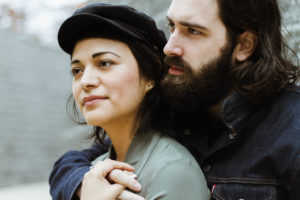 Despite your best efforts, you are at times going to miss the mark with each other. Try as hard as you will, sometimes you’ll miss your spouse’s needs completely and botch things up. When your humanity gets put on display in these awkward times, the only path to peace in your relationship is forgiveness. All great relationships are made up of two committed forgivers.

To give “forgiveness handles” that you can grasp in a practical way, we’ve come up with six statements that provide a working deﬁnition.

1. I forgive [name the person] for [name the offense].

It’s important to speciﬁcally name the offense. Vagueness in dealing with forgiveness only leads to doubts about whether forgiveness has truly been achieved. The greatest example of forgiveness in the world is the forgiveness Jesus Christ offers us. This is indeed good news! But the good news starts with a very tough reality: “All have sinned and fall short of the glory of God” (Romans 3:23).

Too often we skip this step. Maybe it’s because you think your hurt feelings are your problem. Maybe you’re upset by what your spouse did, but you think he had the right to do whatever brings happiness. Maybe you’re afraid to bring up pains from the past. Or maybe you just didn’t know how. If you’re looking for a clear path of freedom, you need to be speciﬁc.

2. I admit that what happened was wrong.

Paul increases the seriousness of forgiveness in Romans 6:23 when he writes, “The wages of sin is death.” Paul understands forgiveness to be a life-or-death issue that begins with the honest confession of something done wrong. In our politically correct world, we often feel uncomfortable saying something is wrong. But if nothing wrong is done, there is nothing to forgive. And if the goal is forgiveness with the hope of restored intimacy, we aren’t being a critic or a judge—we’re taking fearless steps of love.

3. I do not expect [name of person] to make up for what he or she has done.

This is a courageous statement of reality. Your spouse can’t make up for the mistake that has been committed. The hurt of the action will continue to pain you and the memory of the irritation will linger.

Once an offense is committed, it cannot be uncommitted, so you need to let your spouse off the hook. Ifyour spouse has hurt you, what you can do is forgive and give the opportunity for repentance. If you were the guilty party, even if you apologize, it doesn’t make up for the problem. You can’t make up for mistakes but you can start over.

The real tragedy in not forgiving shows up here. If you persist in waiting until your spouse makes up for the mistake, the pain of the mistake will control your life. The person you were once so much in love with will become unattractive in your eyes and consistently irritate your heart.

4. I will not use the offense to deﬁne who my spouse is.

When it comes to forgiving yourself for the things you’ve done, this step is vital. When you deﬁne yourself by the things you’ve done wrong, you encourage a process of decay.If you think you deserve to be punished, you’ll live out a self-destructive life. If you think you’re a failure, you’ll avoid the path of success. If, on the other hand, you deﬁne yourself as the object of God’s grace and an adopted child who is in line for God’s favor, you’ll pursue healthy avenues of growth and development.

5. I will not manipulate my spouse with this offense.

Manipulation is an attempt to emotionally blackmail another person.  There is something in the human spirit that believes you can control another through manipulation. The tragedy is that every act of manipulation conﬁrms that the one who hurt you still has control of your life. Your very approach to life shows that you are still afraid of what this person might do to you, so you try to get to others before they get to you.

Jesus doesn’t constantly bring up our past sins to force us to do his will. Rather, he calls us to walk with him as new creatures who have been set free from the past, including our mistakes. We’re encouraged to live as saints rather than as recovering sinners. This doesn’t mean God ignores the inﬂuences of our past. He has committed himself to helping us grow through our past and reach up to a new life. We too would be wise to look forward to the life ahead of us rather than constantly try to overcome the past.

6. I will not allow what has happened to stop my personal growth.

This is probably the most important. Too often we allow the sinful offenses of others to dictate the course of our lives. It’s almost as though we think we’re punishing the ones who hurt us by refusing to pull our lives together. Or we’re emotionally committed to keeping things the way they have historically been in our families. If our ancestors were bitter, we’re bitter. If our ancestors were prone to depression, we’re prone to depression. This applies to everything from alcoholism and anger to lack of conﬁdence and timidity.

Forgiveness is protection for your relationship. Forgiveness gives you the ability to stay in love for a lifetime. It is especially important considering that research indicates women hold grudges more often, which might be the reason studies also indicate men are less likely to say they are sorry.   If you each selfishly hold on to your right to be angry, you’ll keep your anger and bitterness but lose each other.

Forgiveness sets you both free to love. 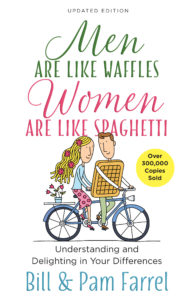 « Do Your Children Know They Are Royalty?
Do You Want to Transform Your Life? Develop a Spirit of Gratitude »